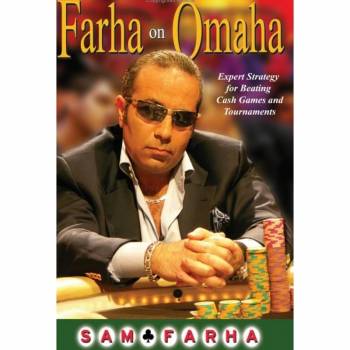 "There are at least at many variations of poker as there are cards in a deck, one the most popular of these is the action packed Omaha game. Often considered one of the most exciting variations as it is not uncommon to have five or six players paying to see the flop - rather than the usual two or three - creating massive pots ripe for the picking, for those who know how to play the game.

In Farha on Omaha , World-Champion poker player Sam Farha presents readers with simple strategic tips that will turn transform them into top-class players. It also provides advice on how to come out on top in both cash games and tournaments.This is a must-have volume for all poker player who wants to turn an enjoyable hobby into a great game."