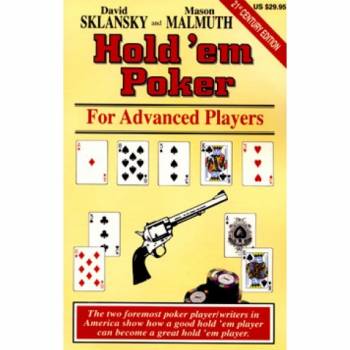 "Texas Hold 'em is not an easy game to play well. To become an expert you must balance many concepts, some of which occasionally contradict each other. In 1988, the first edition appeared. Many ideas, which were only known to a small, select group of players, were made available to anyone who was striving to become an expert, and the hold 'em explosion had begun. It is now a new century, and the authors have again moved the state of the art forward by adding over 100 pages of new material, including extensive sections on "loose games," and "short-handed games." Anyone who studies this text, is well disciplined, and gets the proper experience should become a significant winner. Some of the other ideas discussed include play on the first two cards, semibluffing, the free card, inducing bluffs, staying with a draw, playing when a pair flops, playing trash hands, desperation bets, playing in wild games, reading hands, and psychology. "